Elias Lönnrot set off from his home Sammatti Paikkari foot 29.4.1828 the first poem in the collection journey. In the period 1828 -1844 amounted to unique folklore material, whose most famous publication is the national epic, Kalevala.

Although he has been followed by many generations, the Generations have made a lot of Kalevala tradition to respect him. Although Lönnrot walking paths have come to expire and forgotten. However, Viena Karelia is DONE Unique work to preserve the Kalevala and cultural traditions of the local population and Finnish forces. In Finland, the results of the Viena tradition and village landscapes recording are poorly known.

We are confident that summer of 2016 our walking event contributed to our nations health and well-being at the same time correcting our cultural memory. We hope that we will be able in future walks and other events to forward multiculturalism and peaceful cooperation from people in Kalevala, message from bygone generations of our contemporaries and future generations.

See the schedule and route of the 2016 event here. 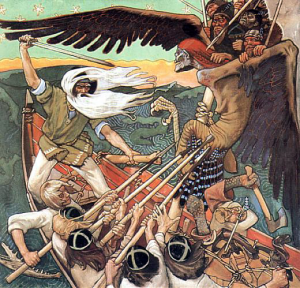 defense of the Sampo